In 1904 Edward Wise Harrold and his wife, Blanche (Burget)came to Fostoria to enter the funeral business. They were originally partnered with the Stoner family, starting the Harrold & Stoner Funeral Home. The Harrolds went on to join with the Asire family, forming the Asire-Harrold Funeral Home. At this time the funeral home was a store front.

Blanche and Edward settled in Fostoria and started their family in 1904 with their first child, Duane Edward. Their second son, Arvine Wilson was born several years later. Arvine married Martha Crocker and moved to Tiffin, Ohio to start his own medical practice. Duane married Wanda A. Gallagher, daughter of Henry A. and Alta J. (Myers), in 1929 and stayed in Fostoria to carry on the family tradition as the 2nd generation of Harrolds. 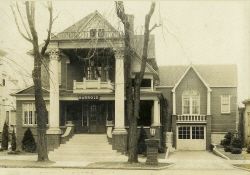 Duane and Wanda had 2 children, Ann Myers and Edward Wise II. Eddie died in 1952 at the age of 20. Ann married Howard O Doering Jr., son of Howard O Sr. and Chlo H. (Balliet), in 1948. Ann worked in the office of the funeral home for many years running the family business as the third generation of Harrolds continued.

Ann and her husband, “Jake” had three children; Howard O III, Jann Bailey, and Candace Myers. “HOD” married Patricia Tucker and is currently employed at Owens Community College in Toledo as a Professor in Computer Programming. Jann married Ralph Woodson and is an engineer in Cincinnati. Candy married Jeffrey L. Floriana, son of Leonard W. and Evelyn M. (Bagley), in 1975 and they became the forth generation of Harrolds to run the family business.

E.W. passed away in 1962 and with Duane’s health dwindling it became apparent to the family that help was needed. A long time director and family friend, Gerald Baker and his wife Rosemary, became partners with Duane and Wanda. At that time the funeral home name was changed to reflect the newly formed partnership, Harrold-Baker Funeral Home. In 1974 Duane too passed on. 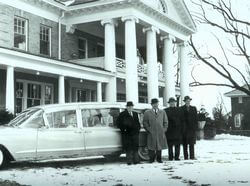 Jeff graduated from Cincinnati College of Mortuary Science in 1982 and has been the funeral home’s president since. Upon graduating the Harrolds partnered as a family with Candy and Jeff to change the funeral home name to the current name; Harrold-Floriana Funeral Home.

Jeff and Candy have three children; Carey Lynn, Nicole Ann, and Kelly Myers. Nicole is a Licensed Massage Therapist and Beautician. She married Rob Ellis they have 3 children; Taylor, Jake & Sophia. Kelly married Rene Martinez. They have 2 children; Nolan & Gabby. Carey married Tony J. Malagon, son of Esaias S., Verna F. (Fillhart), and Ruth A. (Malagon) Reid, in 2000. Following their marriage Tony went on to graduate from Cincinnati College of Mortuary Science in 2000 and later became a Licensed Funeral Director. He is now the company’s current Vice President. Carey and Tony are continuing the family tradition with Jeff and Candy as the fifth generation of Harrolds.

Tony and Carey have three children; Macey Marie, Chloe Elizabeth and Kylee Nicole; who may someday be our family’s sixth generation.

Many people have helped our family’s business become what it is today. We couldn’t have this history without highlighting how important our employees have been. Past Licensed Directors who have been employeed other than family include, Gerald Baker, Jack Botimer and William Fishburn. 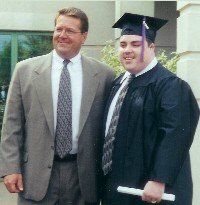